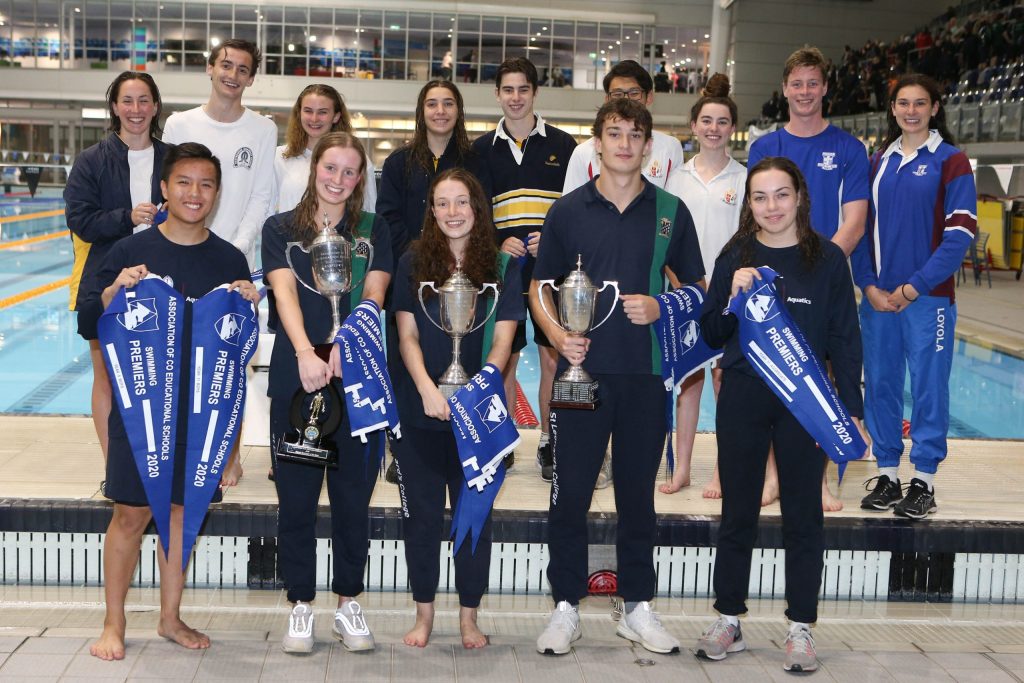 [vc_row][vc_column][vc_single_image image=”6950″ img_size=”full” alignment=”center”][/vc_column][/vc_row][vc_row][vc_column][vc_column_text]On Tuesday 10 March, we welcomed ACS Schools, Staff and Parents to MSAC for our first ever twilight Championship. The event kicked off with an Acknowledgement of Country by St Leonard’s Swimming Captains Abbey and Tilly, followed by the National Anthem sung by Lachlan, also from St Leonard’s.

The schedule began with the 200 Open IM Girls and Boys, followed by IM relays with some very close results across the schools and year levels. Throughout the evening, six new individual ACS records were set – an incredible four by Abbey from St Leonard’s and two by Alex from Loyola. In addition, we had a new relay record set by St Leonard’s in the Year 12 Girls 200 Freestyle relay.

St Leonard’s won a total of 15 year level pennants in a really dominate display on the night. St Michael’s won with four, with Westbourne and Beaconhills each winning a year level pennant as well in what was a very strong competition.

The ACS congratulates St Leonard’s College on winning their sixth ACS Swimming Championship in a row. Westbourne and St Michael’s placed second and third respectively. Beaconhills, Overnewton and Loyola placed fourth to sixth but with only 12.5 points separated them, this is a fantastic effort from all teams and shows the spirit of competition is alive and well in ACS!

We congratulate our Swimmers of the Meet, Abbey from St Leonard’s and Alex and Rohan from Loyola. Well done to all competitors and a huge thank you to staff, coaches and parents who assisted in making the 2020 Swimming Championship so successful. [vc_row][vc_column][vc_column_text]